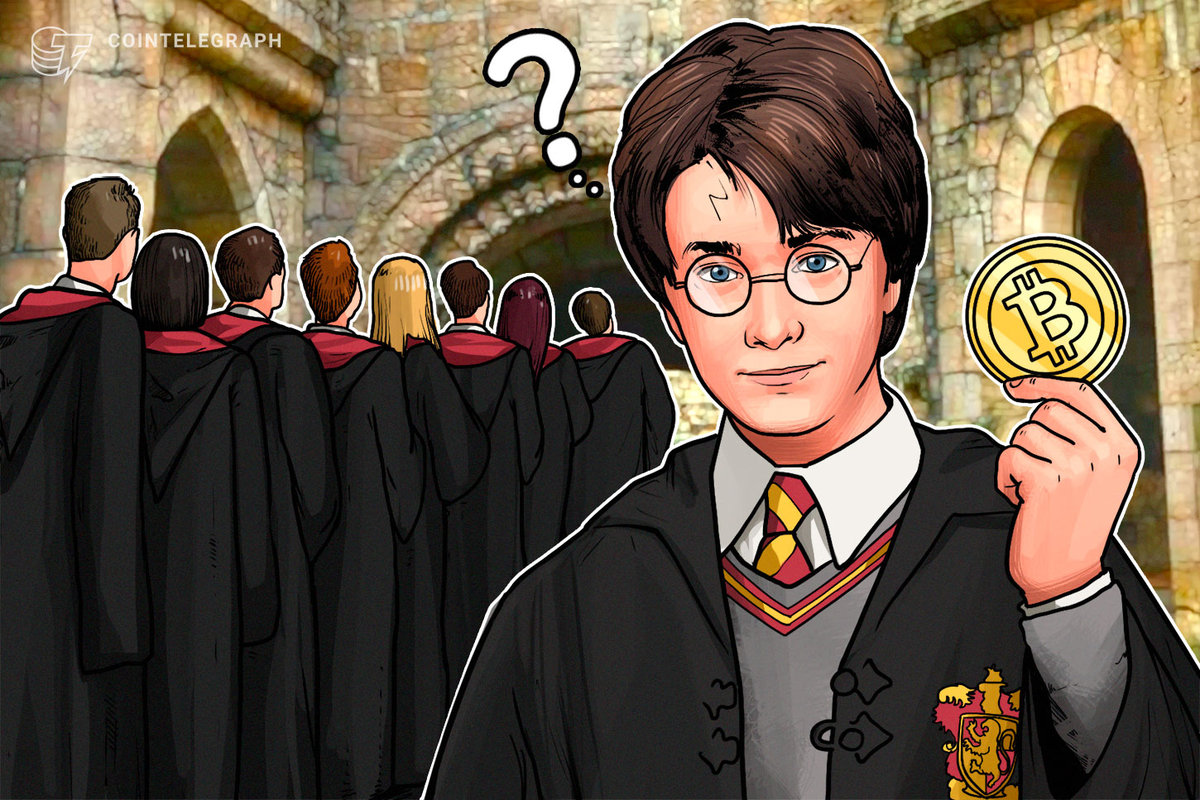 Harry Potter author, J.K. Rowling, recently asked for an explanation of Bitcoin (BTC) on Twitter, bringing an onslaught of commentary from the crypto community.

"This started as a joke, but now I’m afraid I’ll never be able to log in to Twitter again without someone getting angry I don’t own Bitcoin," Rowling tweeted on May 15, adding:

One day you’ll see a wizened old woman in the street, trying to trade a Harry Potter book for a potato. Be kind. She did try to understand."

Nearly the entire crypto community showed up for comment

Responding to a May 15 tweet from journalist Leigh Cuen, Rowling asked for an explanation of Bitcoin. Folks from far and wide flooded the social media platform thereafter.

Among the turnout, Ethereum creator Vitalik Buterin attempted a brief explanation, crypto author Saifedean Ammous offered up a copy of his book, and former Forbes staffer turned podcaster Laura Shin pointed toward an episode of her show.

Crypto YouTuber and programmer, Ivan on Tech, commented that Rowling might simply be jealous that she did not buy into the asset early enough to make tons of loot.

Tech mogul Elon Musk even chimed in, positing Bitcoin as potentially attractive against government money printing, although he still only possesses 0.25 BTC.

Rowling described the explanations as babble

After several explanatory attempts from crypto Twitter muggles, the famed author said it all still sounded like confusing babble, admitting she also consumed several alcoholic beverages during her Bitcoin-related commentary.

Rowling noted many times that she did not comprehend Bitcoin. Amid the frantic and swirling explanations, Rowling said:

God bless every single one of you now earnestly explaining bitcoin to me as though I’ll grasp it if you break it down properly. Things like this are white noise to me. I cannot and will not ever understand Bitcoin, but I love you for thinking that I can or will."

In a May 16 tweet, noting the crypto community's antics, Rowling said:

"Morning, all. People are calling each other simps in my mentions and a fake JK Rowling account has made a purchase of Bitcoin. How’s your Saturday shaping up?"

As the crypto space still shows its youth, industry participants often exude excitement whenever a mainstream person of high status comments on crypto, revealing the industry still has much room to grow in terms of participation.

Cointelegraph offered up its own in-depth explanation of Bitcoin to the Harry Potter author on May 15, complete with analogies from the popular book series.