Snack companies are openly celebrating 4/20 thanks to DOGE 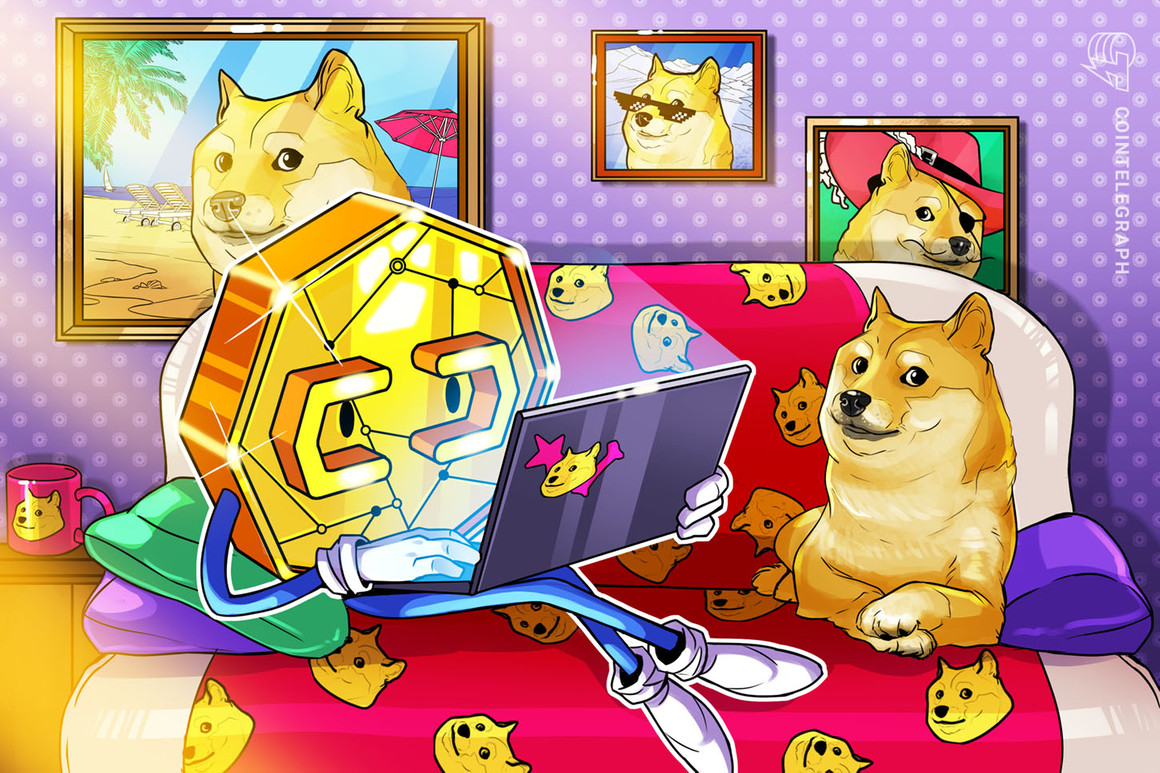 United States-based meat snack Slim Jim is the latest food brand to jump into the crypto space by promoting the meme-centric cryptocurrency Dogecoin.

In a tweet today, Slim Jim announced it was launching its own nonfungible token, or NFT, featuring the Dogecoin (DOGE) Shiba Inu on the face of the moon underneath a rocketship with the body of the slender meat snack. The NFT offering follows a fury of tweets since February — the sheer number of which might even make Elon Musk jealous — in which Slim Jim has posted pro-DOGE memes, messages, rocketships, and crypto-related hashtags in advance of Doge Day to its more than 96,200 followers.

Since it’s #Doge420 I gotta say that it’s been an honor to be a part of all the insane memes, the all-powerful and always positive #DogeArmy, and the mission to #DoOnlyGoodEveryday

We’re going to do a lot of good together and you better believe, we’re just getting started

At the time of publication, the highest bid on Slim Jim's NFT, available through the OpenSea online marketplace, is currently 0.06 Ether (ETH), or roughly $136. Four crypto users have made offers on the "rocket ship special edition" piece, with the auction ending on Saturday. Slim Jim said it would will donate 100% of the NFT's net proceeds as well as an additional $10,000 to the non-profit World Class Kitchen.

“Since our Twitter-focused DOGE efforts began in February, we have grown our Twitter community nearly five-fold (from 22K to almost 100K),” said a Slim Jim spokesperson in an interview with news outlet Benzinga. “We’ve reached a new but tangential audience on Twitter by leaning into this and the Doge community.”

Twitter accounts from major candy and snack brands have been particularly active over the recent Dogecoin price surges. However, some are speculating that Slim Jim, like others, may not so much be bullish on the token as the date on which Doge Day falls. April 20 is well known in the United States as the day when marijuana lovers celebrate their love for the intoxicating plant by smoking it and (let's be honest) snacking heavily on junk food.

While 420's well-known recreational activities have benefited these brands for years, Doge Day seems to have provided them with the perfect excuse to openly celebrate this still-controversial holiday while maintaining an air of plausible deniability around their reasons for doing so.

In addition to Slim Jim, two major brands manufactured by the Mars confectionery company — Snickers and Milky Way — have also been pushing DOGE on social media. The chocolate bars included messages encouraging the price of the token to head not “to the moon” but rather “to the Milky Way”, and even included a mockup of the Dogecoin dog, token, and rocketship on a Snickers wrapper.